“Crosby, Sinatra, Como, Damone, Lawrence, Darin, and – in a different idiom – Frankie Laine, Johnnie Ray, and even Elvis Presley. To be such an artist takes more sweat, strain, intense devotion, and dedication than most people can conceive of. Bobby Rydell is that type of artist.” – FRANK SINATRA, JR.

From his vivid childhood on the fabled mid-20th-century streets of South Philadelphia, to his reign as the Justin Bieber of the “Camelot” era, his battles with alcoholism, and his lifesaving double-transplant surgery, multitalented entertainer BOBBY RYDELL has one hell of a story to tell.

Bobby is finally sharing his incredible tale with the release of his candid and compelling autobiography, TEEN IDOL ON THE ROCKS: A Tale of Second Chances.

Co-written with award-winning musician-author-filmmaker Allan Slutsky (Standing in the Shadows of Motown), TEEN IDOL ON THE ROCKS not only tells the story of Bobby Rydell, but that of American pop culture through the past six decades. In its pages, Bobby writes of his encounters with such giants of 20th century show business as Frank Sinatra, Ann-Margret, The Beatles, Red Skelton, Jack Benny and Dick Clark, whose Philly-based American Bandstand helped make Rydell the world’s biggest teen idol in the years between Elvis Presley’s army induction and the advent of Beatlemania. A time when Frank Sinatra called Bobby his “favorite” pop singer.

But TEEN IDOL ON THE ROCKS also is a very personal – and often-painful – story. Bobby delves into the darker and more dramatic aspects of his life, including the death of his beloved first wife, Camille, his decades of alcohol abuse, and the last-ditch transplant surgery that saved his life.

Among other topics covered in the book:

1) The circumstances of how Bobby lost his virginity in a Hollywood hotel suite at the age of 17.
2) How a Philadelphia mob boss helped him take a movie acting job.
3) His becoming, at age 19, the youngest-ever headliner at New York’s legendary Copacabana nightclub.
4) How The Beatles paid homage to Bobby in one of their biggest hits – and how the Fab Four’s emergence as a global phenomenon all but killed his career.

Humorous, tragic, fascinating, inspiring and always entertaining, TEEN IDOL ON THE ROCKS stands as one of the most important non-fiction books of 2016.

TEEN IDOL ON THE ROCKS (Doctor Licks Publishing) is available NOW at Amazon, Barnes & Noble, Books A Million (BAM), and in book stores throughout America.

All prices include shipping and handling. Please allow 7-10 days for delivery.** 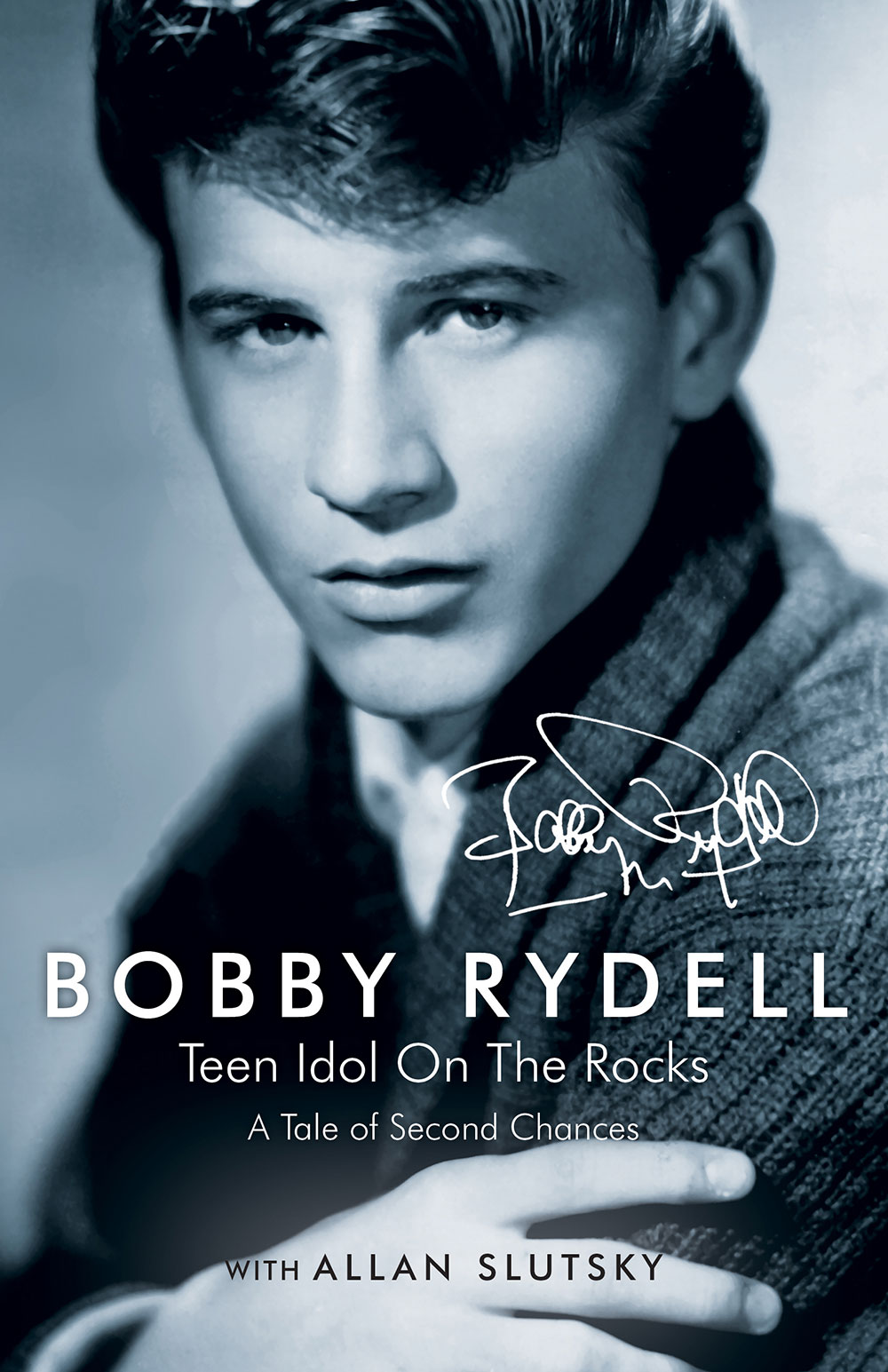 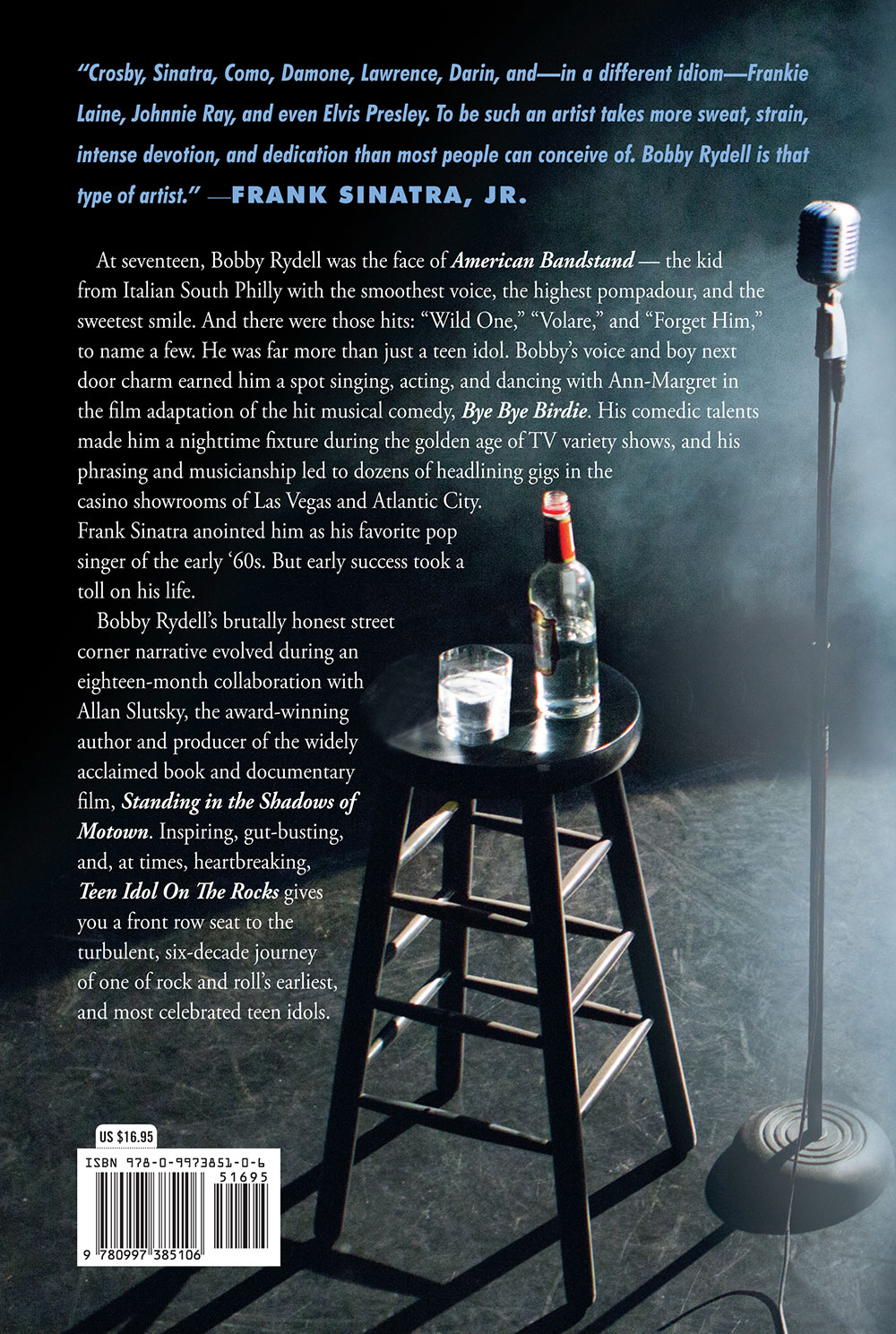